Lily Bradic answered Courtney's question 3/28/2014
How Do I Keep A Blue Crab Alive Overnight?
Put it in a container with a lid that has plenty of holes so the crab can breath.  Put dirt in it.  Also, add a small dish for water.  It probably won't need to eat until tomorrow.
If you have a shell put it in there, also a you can get a sponge  wet and put … Read more How To Keep Hermit Crabs
Keep them in a tank with moist, deep sand or eco earth and a shallow pool of both freshwater and ocean water.
Please visit www.hermit-crabs.com for good info on hermit crab care, as many pet stores and … Read more

Lily Bradic answered Anonymous' question 3/28/2014
How Do I Build A Blue Crab Trap?
Building a blue-crab trap isn't all that difficult - just follow these steps!
List of Supplies and Where to Find Them
You should be able to find all your supplies at your local do-it-yourself or tackle shop. As far as the wire goes, … Read more

Lily Bradic answered 3/28/2014
Why Do Crabs Walk Sideways?
Crabs walk 'sideways' because of how their legs bend - they don't bend forward (like the knees on you and me)! Why Do Crabs' Legs Bend Sideways?
Sideways-bending legs enable them to fit into really small holes and crevices. If they couldn't hide so well, they'd get eaten pretty fast by … Read more

Lily Bradic answered Anonymous' question 3/28/2014
My hermit crab is lying on his side, out of his shell, not moving. He doesn't smell or look different. I checked the food and water and it was fine. He doesn't really smell of chemicals. I've had him for about a year - is he dead or molting?
Hermies only molt after they bury themselves several inches under the sand. They only come out of their shell to molt or change shells. If your hermie has come out of his shell, he is probably dying, or has died.
I've had this happen to me a few times. I'm sorry … Read more

Lily Bradic answered Anonymous' question 3/28/2014
Can Crabs Really Be Trusted, Or Are They Dangerous?
There's a certain trait - perhaps it's in some people genes - but when they see a crab, they simply have to pick it up.
However, it's rarely - if ever - a good idea, and the below hit Youtube video reaffirms that point.
It begins with a man chasing a large crab down a road. Eventually he … Read more

Lily Bradic answered 3/28/2014
What Does A Hermit Crab Look Like Without Its Shell?

Without a shell, a hermit crab looks something like this - it does vary depending on the type, age and health of the crab, though! Why Do Hermit Crabs Need Shells?

Hermit crabs have very soft abdomens, and are very fragile without a shell to protect them. This is why you … Read more

Lily Bradic answered 3/28/2014
What Does 'Crustacean' Mean?
A crustacean is an ocean dwelling life form with a hard outer shell that acts as its skeleton.
Examples of Crustaceans

Lily Bradic answered 3/28/2014
What Does 'Crustacean' Mean?
A crustacean is a type of aquatic (or water-dwelling) creature which has a shell. This is essentially a skeleton on the outside, and is known as an exoskeleton.
Scientific Grouping
This class of creatures, whose natural habitat is water, is known as Crustacea. They belong to the phylum Arthropoda, which is a heterogeneous group.
This is a group … Read more

Lily Bradic asked 10/4/2013
What iPhone apps can you not live without?

This isn't a hard one at all. Game of Thrones, of course! It's not only my favorite HBO series but also my overall favorite. What I love the most about it tells the story from so many different perspectives, and that there isn't a clear bad and good guy. You get to choose who to … Read more

Lily Bradic blurted Yo Kass' question 6/14/2013
How do you make a Bramble cocktail?

Lily Bradic answered 6/3/2013
I'm meant to do 800m for sports day, but I have to fast as it is important to my religion. What shall I do? Should I run or not? I don't want to faint or anything.

Your health and faith are far more important than sports day, so I'd suggest avoiding the run altogether.

It's hard to say whether you'd faint or not, as I don't know how long the fast is or if you're a sporty person, but it's certainly not risking your health over.

Putting It In Writing

Teachers are used to … Read more

Lily Bradic commented 6/2/2013
What should you do if the person you want to be with, wants you, but doesn't want a relationship? Stick it out and see what happens, or let it go and move on?
Sorry to hear that :( at least you have the truth, though. The thing is, if he was horrible, you wouldn't be in this position in the first place - it makes sense that he's a nice person. You'll be happier in the long run if you let go now. I'm sure you'll find someone … Read more

Lily Bradic answered 6/2/2013
The girl I like suddenly started to ignore my messages. What happened and what do I do? Do I still have a chance?

It doesn't look good, if I'm honest. Without knowing any details, my first thoughts would be that she's either:

Lily Bradic answered 6/2/2013
Do archaeologists study history? What do they study?

Yes, archaeologists do study history—just not in the same way as historians!

Archaeologists study human life and activity in the past by finding and analysing objects, settlements, and the like.

They are interested in ancient civilisations and societies—from how we buried our dead to what we used as cutlery!

Anything that's classified as prehistoric, such … Read more

I think you're worrying about nothing—women don't care half as much about penis size as men do! Recent studies have shown that the average penis size is actually around 5.8" when erect. However, that's the average, which means around half the population will be smaller than that.

Nobody worth your time … Read more

Lily Bradic answered 6/2/2013
Is sex the only way to get a yeast infection?

No, not at all. Yeast infections are caused by a yeast imbalance, and commonly show themselves in the form of thrush or candida.

Yeast infections can be caused by the following things:

They can also be transmitted through sexual intercourse, but this is actually one of the least-common ways of getting a yeast infection.

Lily Bradic answered 6/2/2013
How can I read my boyfriend's texts and listen to his conversations?

If you're seriously thinking of invading his privacy like that, it sounds to me like your relationship is already over. If you don't trust him, reading his messages won't make any difference. There are two possible outcomes: You find out he's been … Read more 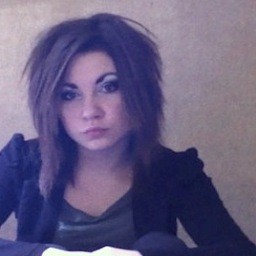 Follow
Lily Bradic
Blurtit team member and semi-nocturnal creature. I write short stories, read anything, and excel at injuring myself on inanimate objects. Two-thirds of the way through a degree in English Literature and Creative Writing at UEA, Norwich.