James Nicholls voted up Kioyre S.'s answer 12/12/2015
Why does everyone say to go up to the girls? Why don't the girls come up to the boys more. I know people say that girls are too shy but so are boys. Why can't everybody just do what their heart feels and not be shy to ask boys out?

I do believe that everyone should simply do what their heart tells them to do!
I'm a very shy person (I actually told the person I like about my feelings for them through text) and the idea of going up to someone irks me, but I understand if someone else feels the same way when … Read more

James Nicholls voted up ivana thompson's answer 12/12/2015
I'm Too Shy To Talk To Girls Much, And Very Scared To Even Ask Them Out. What Do I Do? I Feel Like A Loser Nerd.
You gusy with guitars are always hot!!! I agree with the person under me start with chick that's rnt your type and practice wit them write down conversation starters on note cards and practice with them just talk about anything to start it off, like what you guys have in common on like if she … Read more

James Nicholls voted up ace mcnabb's answer 12/12/2015
I'm Too Shy To Talk To Girls Much, And Very Scared To Even Ask Them Out. What Do I Do? I Feel Like A Loser Nerd.
I'm not cool ether but you just don't go ask them out you got to let them grow to like you now what I mean that is you got to make them like for a couple of days and then she or whomever will grow to like you inside     good luck

James Nicholls voted up Eva Keltner's answer 12/12/2015
I'm Too Shy To Talk To Girls Much, And Very Scared To Even Ask Them Out. What Do I Do? I Feel Like A Loser Nerd.
Well first you aren't a loser nerd and don't put yourself down like that. But to stop being shy go out and go up to a random girl and start talking with her... If she blows you off... She isn't worth it. But keep trying to break the ice with girls you don't know. And … Read more

James Nicholls voted up Steven Vakula's answer 12/9/2015
I'm Too Shy To Talk To Girls Much, And Very Scared To Even Ask Them Out. What Do I Do? I Feel Like A Loser Nerd.
The best thing to do is just what you are avoiding to do... Just go up and start talking to some females! Talk to any female. You do not have to be interested in her, but it will give you the experience and with experience come confidence. You are most likely not used to talking … Read more

James Nicholls voted up catherine adams' answer 12/9/2015
Do any other Girls like talking about bras around nerdy boys just to make them feel uncomfortable? I DO! Haha
Good for you, and what type of bras do you talk about? Does it switch these 'nerdy' boys on - do you like to embarrass these poor fellows, just winding up the engine to the point of thinking er - what's she's about.... And wait for it for they will come back to you, if … Read more

James Nicholls voted up Tariq Habib's answer 5/20/2015
Why Are Boys Always Chasing Girls All The Time?
As all other phenomenon sex is a great and natural phenomenon and no human being can avoid it in any case unless he or she is medically unfit. The attraction of boys towards girls and of girls towards boys is a natural thing and it cannot be avoided in any case. Now we come towards … Read more

I haven't seen one on Freeview.  I don't know if other services have one.

James Nicholls voted up Mark Henderson's answer 4/25/2014
Who Sang The Song 'Change' From The 1980s?
There were a few songs titled "Change" in the 1980s, but the most famous and successful song with this title was by the band "Tears For Fears". Tears for Fears "Tears for Fears" were a British pop group formed in 1981, and which consisted of musicians Roland Orzabal and Curt Smith. The band were associated … Read more 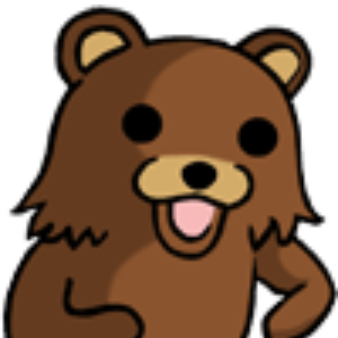