Jonathan Dyson answered Dev D.'s question 6/13/2013
Why was the monarchy position given to the queen from the king in the U.K?

During 1951, George VI's health declined and Elizabeth frequently stood in for him at public events. When she toured Canada and visited President Truman in Washington, D.C. In October 1951, her private secretary, Martin Charteris, carried a draft accession declaration for use if the King died while she was on tour. In early 1952, Elizabeth … Read more

Jonathan Dyson commented on Kim Snowling's answer 6/13/2013
What is the price of a Samsung Galaxy S4?
I can see your point from looking at the blog post but I do think it's down to what your wanting in a phone, the blog post was mainly about the camera capabilities, something that I'm not too bothered for. I didn't know about the phone being able to scroll by itself just from reading … Read more

Jonathan Dyson answered Christian Bell-Young's question 6/13/2013
What was the first song you ever put on your first iPod?

The first song I put on was Flyleaf, I put on the entire Memento Mori album. That was an amazing album, I still listen to constantly even now.

The first Ipod I got was an Ipod touch but I got really annoyed with it after awhile. The battery life was nowhere near as good as a … Read more

Jonathan Dyson answered 6/13/2013
How do I get the man I love off his RPG to spend time with me and the kids?

you could talk about it and have your night ending up in a row, or you could do the smart thing and join up yourself, depending on how old your kids are it makes sense. Have family time by playing online games together, get the person who is already playing to teach you all how … Read more

Jonathan Dyson commented on Kim Snowling's answer 6/13/2013
What is the price of a Samsung Galaxy S4?
It does look like a nice phone but it's a bit too expensive in my opinion. especially when you can get a Nokia Lumia 610 outright for around £80. And then get the updates online and it can do everything the Galaxy S4 can do.

I recently saw a review show talk about these. Apparently for most of them you need to tether an internet connection with a phone. Which means you need your phone for the watch to work with the internet and if you don't have the phone connected you just have an expensive watch with a few … Read more

If I won that amount of money I would first invest most of it into property, you can never go wrong with property.

Then with the rest I would go and travel America for a year going to watch live music. That would be an amazing year. :)

Jonathan Dyson commented on lakeesha Hennessy Williams' answer 6/12/2013
Can You Eat Gold?
I have heard about this before, I do wonder if the gold leaf or powdered gold that some recipes use have any effect on the taste or if it's purely to improve the look of whatever it's put in.

Jonathan Dyson answered Joseph schumacher's question 6/12/2013
Does Anyone Know How To Get More Followers On Twitter ?

If you're just interested in getting more followers and not who they are or what they tweet about then I stumbled across allot of accounts that are follow back accounts. If you post on twitter with the #followback or #teamfollowback and follow others who tweat with the same hashtag then you will gain more followers. … Read more

Jonathan Dyson answered Steve Kirkendall's question 6/12/2013
Of all your heroes, which one would you most like to meet and what's the first question you'd ask them?

I would most want to meet the guys in Enter Shikari. I’ve always enjoyed their music and think the music they make is amazing. I would ask them where they get most of their inspiration and ideas for the the more experimental songs and albums, and what thought process they go through when developing … Read more 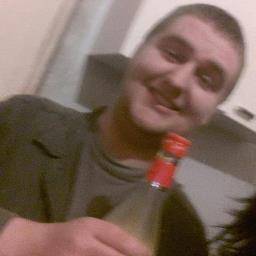 Follow
Jonathan Dyson
I've got strong interest in music, politics, comedy. I love finding new music to listen to so feel free to send me a messages if you think I'll like your music. I have recently started experementing with cooking. I'm interested in trying to make unusuall and different food rather than the usual stuff, I am starting small though.