Ian Myers answered Trazza Design's question 10/24/2019
what is the difference between prototype and model?

If You’re asking for a difference between a scale model and prototyping, the simple answer scale models are the visual replica of a product that cannot be demonstrated in a small space, like a real estate, or an automobile. Prototype on the other hand, and life-size replica that can be used as a visual and … Read more

Ian Myers answered 10/9/2019
What is the best phone for elderly who have trouble hearing and adapting to new technology?

There are several feature mobile phones available on the market today which are specifically designed for seniors including those who are having hearing impairment. These are some basic cell phones that have very easy to use features and also have a strong built up with big buttons, easy to navigate menus, SOS emergency buttons, enhanced … Read more

According to a research, virtually every country around the world is experiencing growth in the number of old people in their population. Population ageing will become one of the most significant social transformations of the 21st century.

According to data from World Population Prospects: The 2017 revision, the number of older persons, aged 60 years or … Read more

Ian Myers answered 7/18/2019
What are some interesting options for office partitions?

Over the past few years, temporary office partitions have become a very popular trend in the office interior designs, and it is especially trending in the dynamic office environment.

Having a well designed office is one of the most important things which boost productivity. It doesn’t matter what your business is, office interior plays a crucial … Read more

Ian Myers answered 7/4/2019
What is the difference between Product Design & Industrial Design?

Ian Myers answered 7/4/2019
Are there any good CNC machine manufacturers?

The answer really depends on the location of your company.It is always recommended to choose the best CNC machining service provider in you local area. Not only it helps to reduce the turn around time, it also helps in reducing wastage of raw materials and getting thorough CNC machine expertise. For instance, … Read more

Ian Myers answered 5/20/2019
What are the latest smart home technology for seniors?

Ian Myers answered 5/20/2019
What are some good methods to teach technology to elder people?

Elderly people are always keen to learn new things. But when it comes to technology, senior people are usually unsure and sometimes afraid to learn it.  So it is on the younger generation to make them well-versed with the latest technologies at their own pace.

Here are some content marketing tips, that can help!

Ian Myers answered LighterMan Down's question 8/20/2018
What brings your day the most joy?

Ian Myers answered Lubina Anas' question 8/20/2018
What are the advanced ways to improve your Site's SEO?

By adding rich snippets and structured data to your website. In case you need more assistance with SEO, you can always opt for services from a digital marketing agency.

Ian Myers answered 8/20/2018
how to improve our website ranking ? how to place with double digits in google

Ian Myers answered Anonymous' question 8/20/2018
What are the tips and tricks to increase your Web Traffic?

Ian Myers answered Ratika Thakur's question 8/20/2018
How to Build a Mobile App for Your Business or Entrepreneur ? Step by Step have any website ???????

Please read the below blog that throws light on why outsourcing is a better option: https://medium.com/@social_45164/why-outsourcing-website-design-is-a-convenient-option-d4bfd51145be 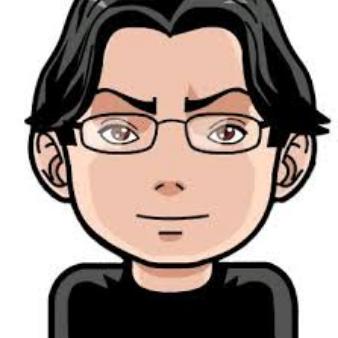 Follow
Ian Myers
Web Developer | Love To Contribute Towards Society | Inquisitive To Learn New Things... Yeah that sums it all!!