Jimmy Chen answered Megan goodgirl's question 10/31/2018
Should kids make sure to let there parents check the Halloween candy before they eat it? do you think some people still may poison the candy?

yes you should. Nowadays anything can be hidden in candy

Jimmy Chen commented on Anonymous' answer 8/19/2018
I switched the batteries in both my smoke alarms, but they keep beeping. What do I do?
did that didn't work

Jimmy Chen asked 8/19/2018
I switched the batteries in both my smoke alarms, but they keep beeping. What do I do?

I guess then the Universe would be made up of neutrons, and be all the same with gravity, but no electromagnetic waves.

Jimmy Chen answered Yin And Yang's question 9/2/2017
What are some food ideas (besides tacos/burritos) that I could put sour cream into?

Jimmy Chen answered 9/2/2017
My mom and my grandma want me to go with them to special bath we have in our country,i really hate those baths, cuz you have to be naked around eachother.Can anyone suggest me how to say no to them without sounding like i don't like their company?

Just say that you have other things to do or just say a metaphor like "I'm sticked to the seat.

Jimmy Chen answered Roy Roy's question 9/2/2017
If people floated instead of walking, how far off the ground would you be?

a centimeter, I'm scared of heights

Jimmy Chen answered Megan goodgirl's question 6/13/2017
Do you think they'll have robots in the future?

Jimmy Chen answered Anonymous' question 6/13/2017
What is your biggest fear in life?

Jimmy Chen commented on PJ Stein's answer 5/28/2017
Did the United Nations support the Vietnam War? Why or why not?
thanks

Jimmy Chen asked 5/27/2017
Did the United Nations support the Vietnam War? Why or why not?

Assuming that the planets are still part of the solar system, they would orbit around the moon instead of the sun.  It would also have a stronger gravitational pull, as it is a lot denser than the sun is.  The planets would orbit closer to the moon than they do the sun, and their orbits … Read more

We would never need flashlights on most night.

But on the other hand... There wouldn't be life as we know it.

It would make for a hell of a full moon!!! 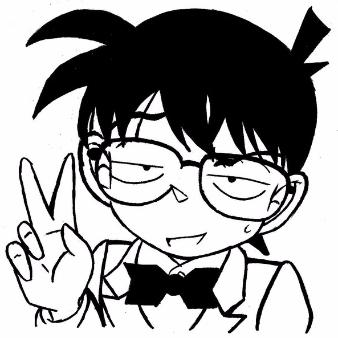 Follow
Jimmy Chen
I am chinese. M y family moved here when I was 3